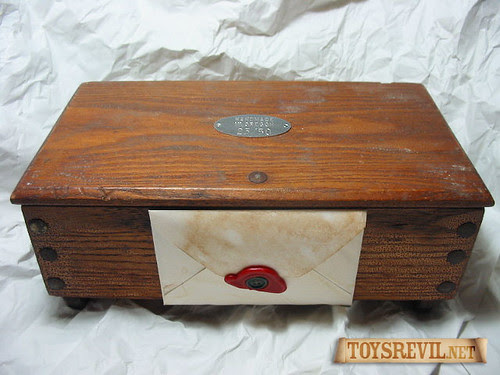 - CLICK THRU to read about the contents and for images of my Coraline Box (Numbered 23/50)
- CLICK for posts about Coraline Boxes on TRE.
- CLICK for all-things CORALINE The Movie on TRE.

CORALINE is a 3D-animated movie directed by Henry Selick (Nightmare Before Xmas) and is based on the novella by Neil Gaiman. Puppetry & Animation is by LAIKA (who were also the gifters of the Coraline boxes). Coraline the movie premieres February 6th, 2009.

Tis funny now, thinking back - it took their second email to convince me
that it wasn't all an online scam to ask me for my mailing address! LOL 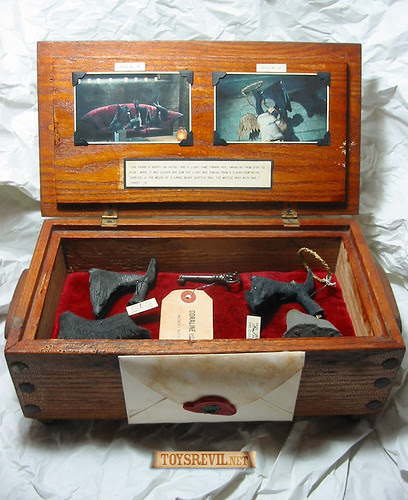 Undeniably one of my favouritest "gifts" I've had the honor & pleasure
of receiving this year ~ my humble thanks to the kind folks @ LAIKA! 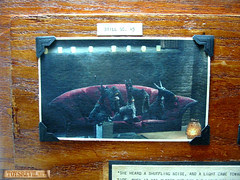 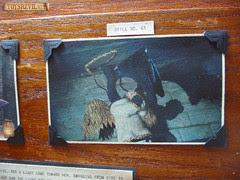 My box was about SCOTTIE DOG. I think I shall dub thee box SCOTTIE-BOX! :p 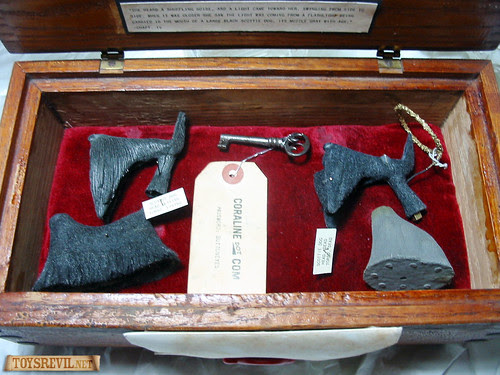 Contained within were items related to SCOTTIE DOG - both "Living" and "Dead" versions! From the Stills at base of lid-cover (Numbered 45 & 61) - to the puppet-parts pinned down on the red-velvet lined interior-base, to the iron key twisty-tied via steel wires to a thin carded-tag with "Coraline.com - Password: BUTTONEYES" printed on, it was indeed a precious box of lush intentions and DIY-exquisiteness, IMHO. "Brown-nosing" ~ you say? ... F**K YEAH! I'm all about sharing my manly-joy with y'all! LOL 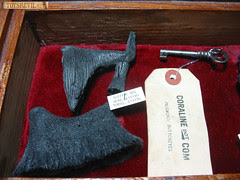 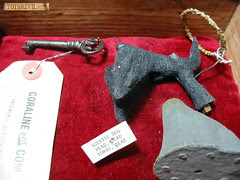 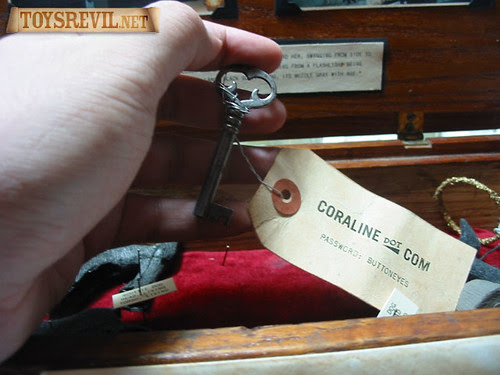 But frankly, t'was what was "written" on the letter contained in the envelope pasted out-front of the wooden-box, that got my tear-ducts a quiver and heart of hearts pitter-patterin' (not quite close to receiving an anonymous cheque for a million bucks, but close enough :p) ... and it took all the self-control I could muster, to contain my manly-tears from breaching ... *choke* 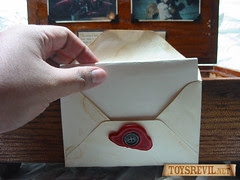 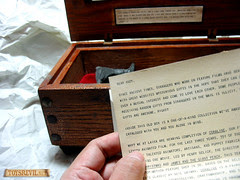 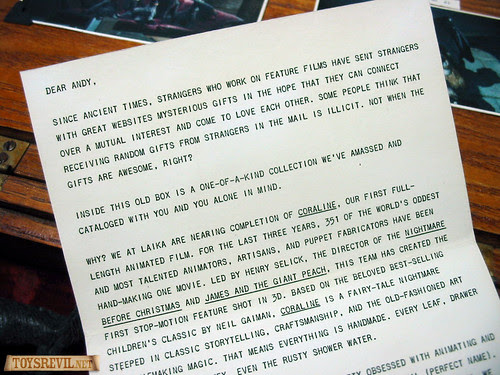 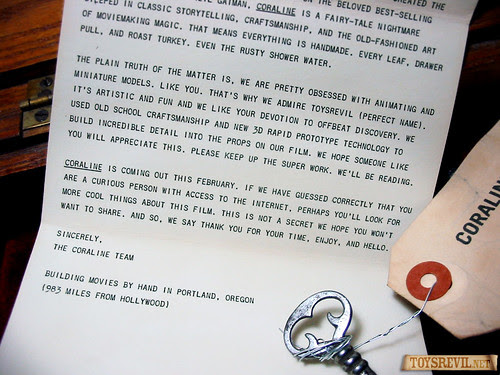 ... you had me at "Dear Andy", folks ... you had me at knowing my name :)
Again, you have my very humbled thanks, LAIKA-rians! (Sorry, couldn't think of a better moniker ... or how about "LAIKA-puppeteers"? heh)
Email Post
TAGGED >>> coraline coraline-box

Pat said…
I had a kidney transplant 5 years ago, and thus have 1 working kidney now. As the owner of two Scotties, I would give my working kidney for that box! You should feel special! That's absolutely amazing!
3/21/2009 04:07:00 am