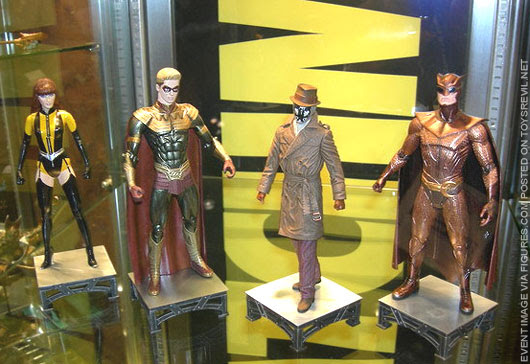 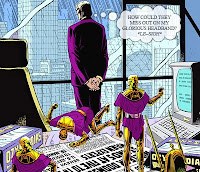 only just a coupla days ago both RORSCHACH and NITE OWL made their action-figure debut via EW [blogged] - and now SILK SPECTRE and OZYMANDIAS joins the 7-inch action figure line based on the Zack Snyder-directed live-action WATCHMEN feature film (notice how everyone mentions the "Snyder"-connection rather than Alan Moore's - im juz sayin!) - it has been reported that the figures are slated for a January 2009-drop with a SRP around US$14.99-per ... characters as yet revealed are DR. MANHATTAN and The COMEDIAN (altho no one has mentioned that they are planned to be released ... but tis a given, innit? heh) = CLICKETH for more pics :) 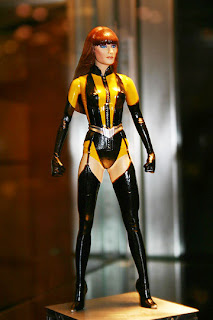 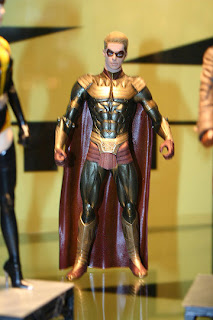 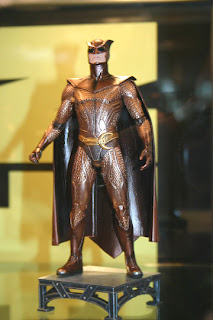 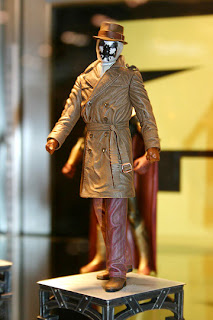 [above pics via Wizard]
... and gawddammit i can't get "When The Saints Go Marching In"-tune out of my mind everytime i see Rorschach in that pose - NOT KIDDING! ... and as ridiculous as this may sound, i miss Ozy's golden headband, very retro and apt for that 80's-vibe, yes? HAH. 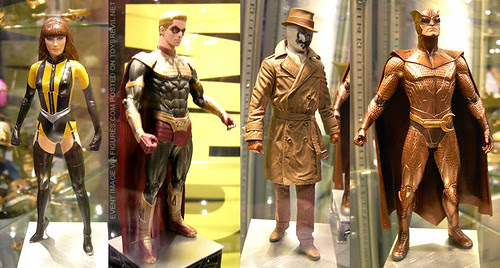