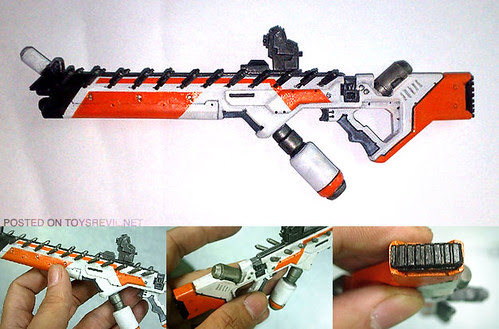 We've seen the Alien Assault Rifle in the live-action sci-fi film District 9 (directed by Neill Blomkamp), as well as 1:1 scale production replicas from Weta. What you see here is a scratch-built 1/6th-scaled version of an "Alien Assault Rifle" by a customizer named "Uncle Sam". (No info on whether multiples of it were made for retail though.) ~ CLICK THRU to view in glorious detail. 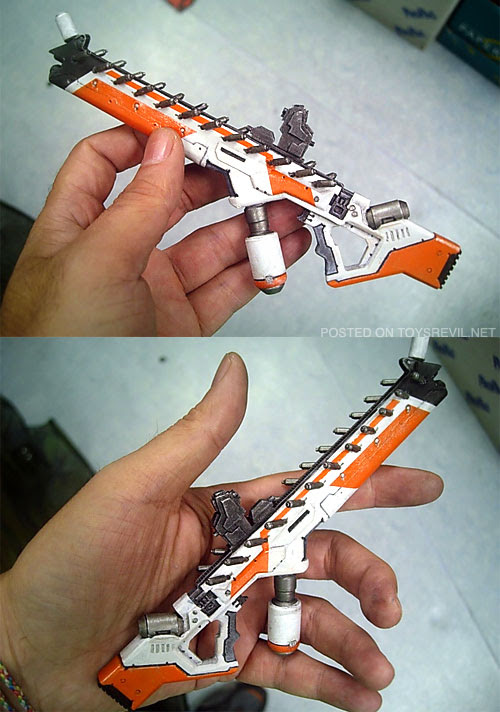 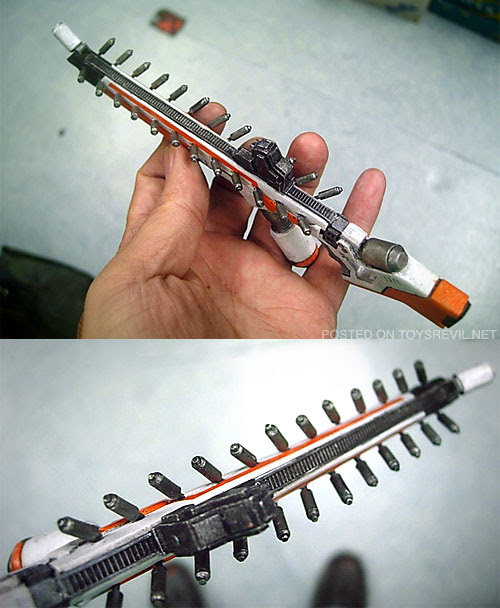 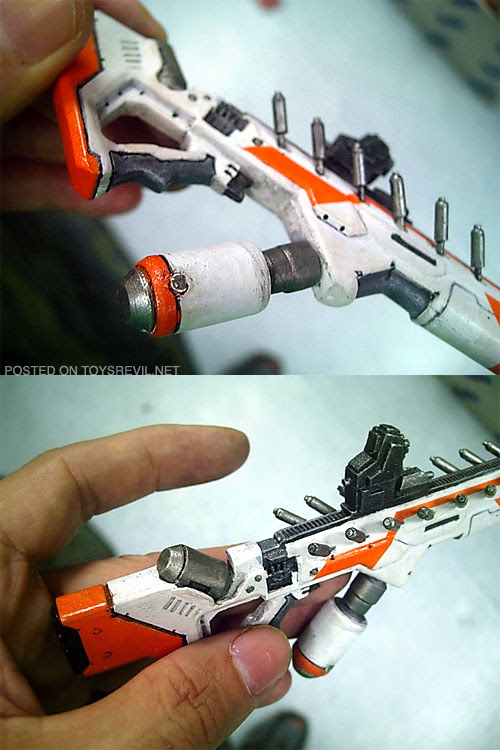 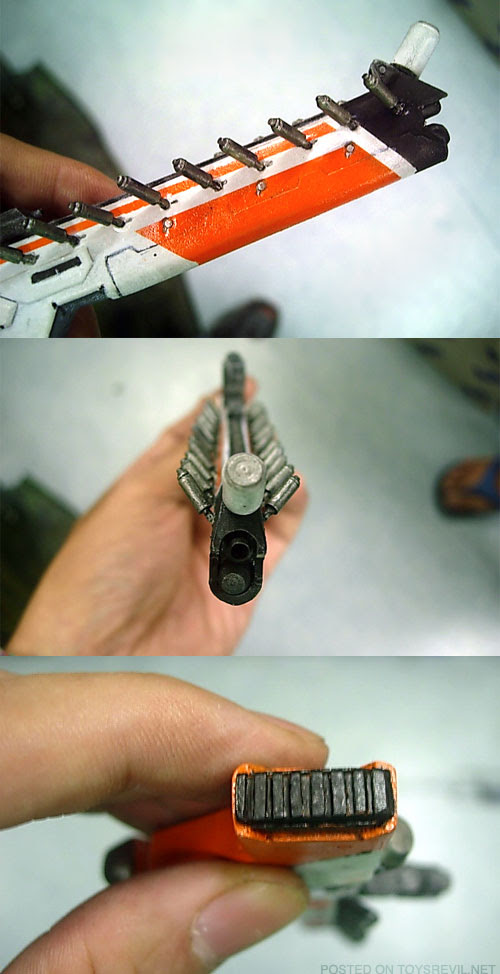 Disclaimer: These images have been photoshopped/white-balanced on my end / Original images via OSW (Source).
Email Post
TAGGED >>> 1/6 district9