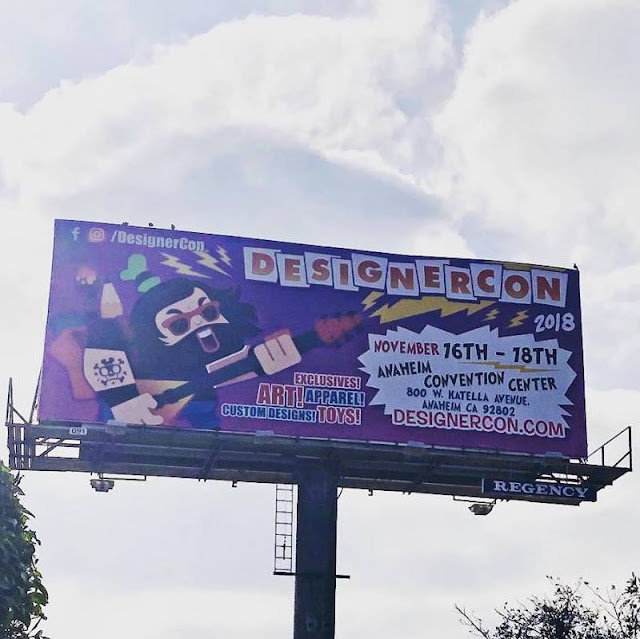 This will be our last 2018 DesignerCon Toy Watch feature that will showcase a billboard, because it is simply the last design erected! Featuring art by Scott Tolleson, you can see this in-person on the 5 Freeway South Bound from Los Angeles ... Meanwhile, this is the selection for our blog-feature today: 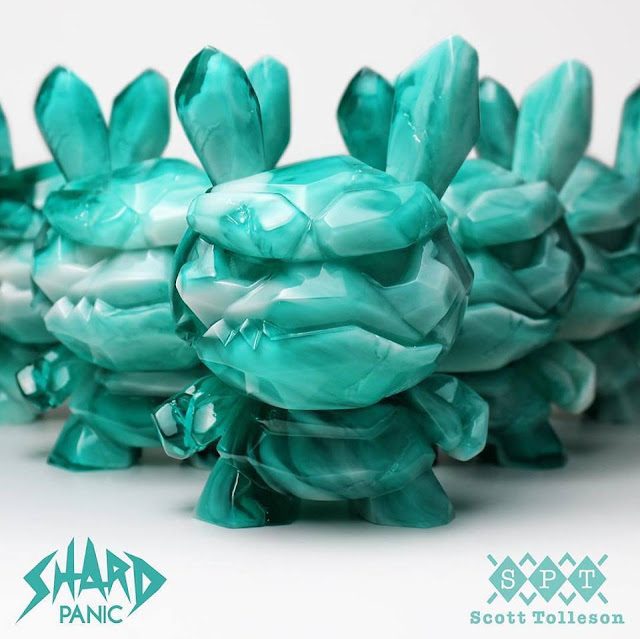 And while I'd previously featured the 3-inch tall PAIN SHARD, a 5-inch PANIC SHARD Dunny has also been revealed! Limited to 80 pieces and retails for US$150 each, a small amount will be available for VIP Preview Night, while a full release will start on Saturday AM at the @mrscotttolleson Booth #2005!

"Every Shard has a marbling of opaque and trans resin making each one unique!" 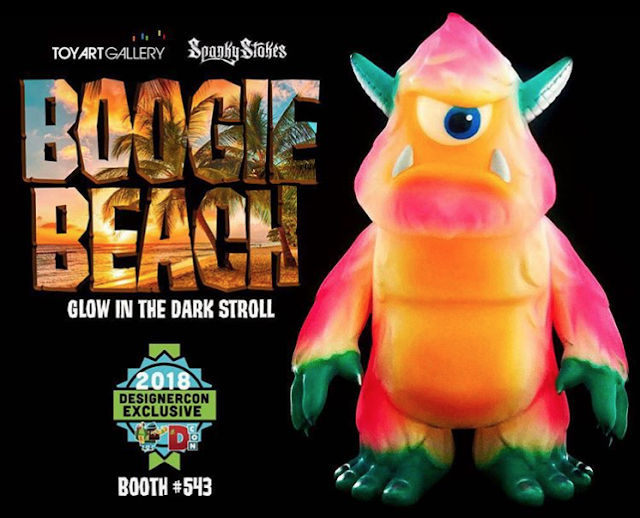 The latest edition of SpankyStokes x Toy Art Gallery's 8-inch tall STROLL has been revealed! The “BOOGIE BEACH” edition features a GID vinyl base with sprays of yellow, pink, and teal with hand painted details. Available at the TAG booth #543. And there's also a traightup GID Version too! Stay connected to @spankystokes for when John Stokes announces his signing schedule for one of the days at DCON! 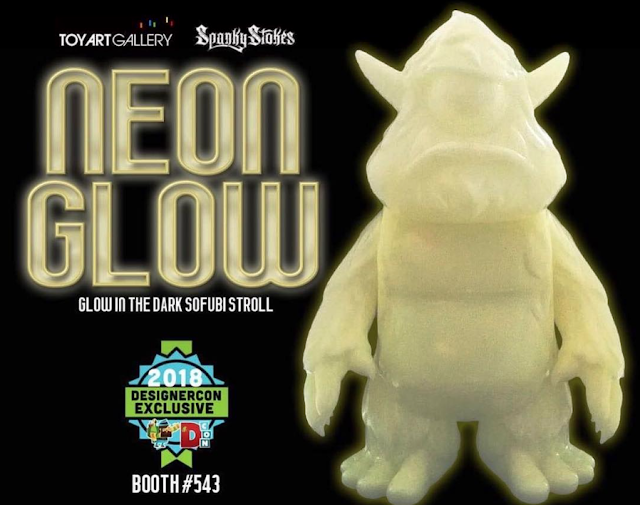 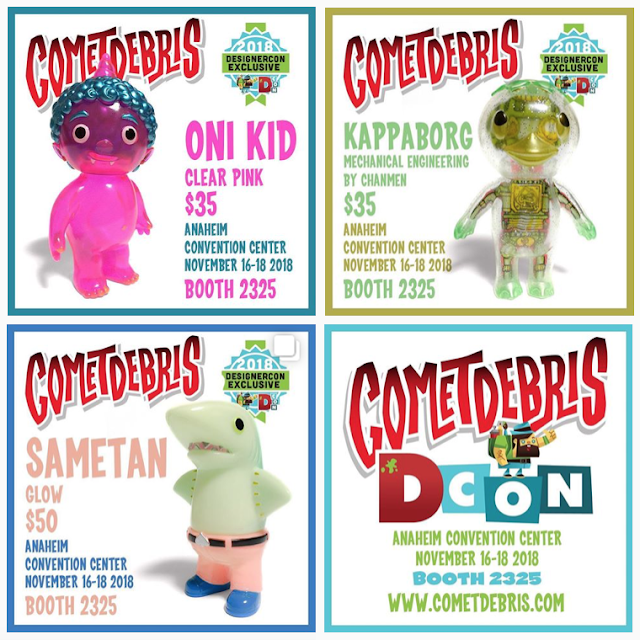 "Kappaborgs", "Oni Kids" and "Sametans" from Cometdebris at Booth #2325, and no doubt even more to be revealed via IG @cometdebris in days to come, as the artist Koji Harmon is pretty consistent and diligent in self-promotion, and quite frankly makes it so much easier for me to feature, IMHO ... or anyone to follow, for that matter :)

Really liking the "Kappaborgs" tho! 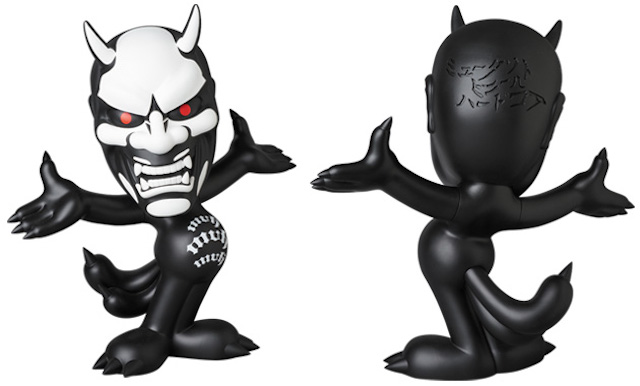 For the past few features, I've been focusing on "independent producers/artists", so it is with great interest I chanced upon this piece (on sofvi.tokyo), with this 33cm tall "VCD LASH" designed by @mutantvinylhardcore, and produced by Medicom Toy!

Available in "limited quantities" at their DCON Booth (No specific price revealed), folks in Japan might want to stay tuned for further post-event availabilty details.

Size comparison and a better view.