NanoTEQ x adidas SUPERSTAR LACELESS from Quiccs for Feb 13/2020 Release - Only in Manila! 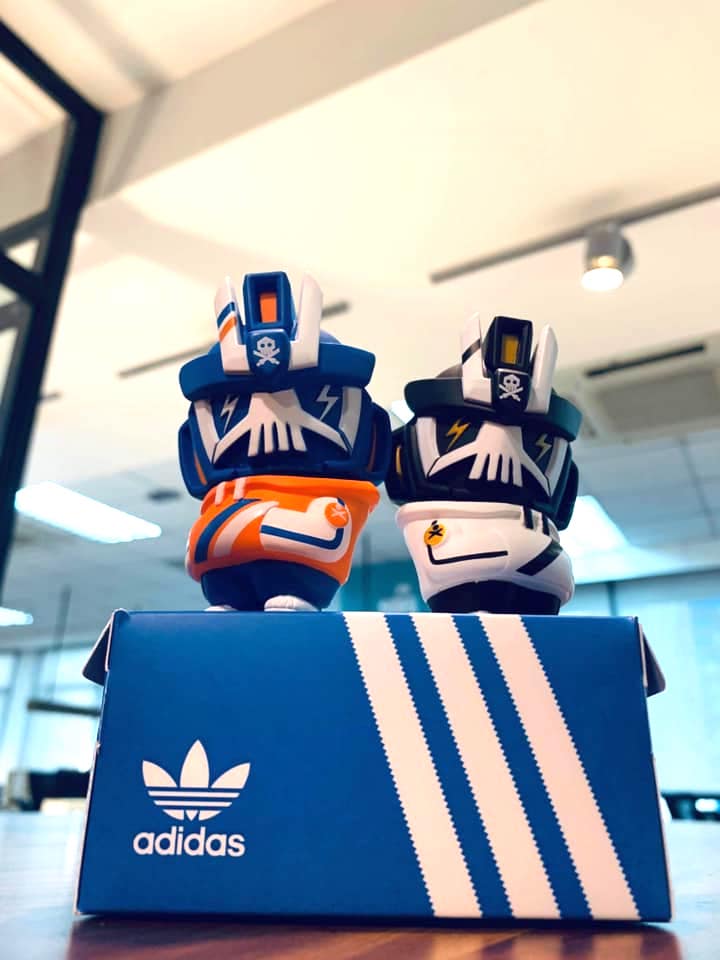 Since the teaser earlier in the week, info and images has just dropped for Quiccs' first official collaboration release with adidas, is the NanoTEQ co-release with the new SUPERSTAR LACELESS! 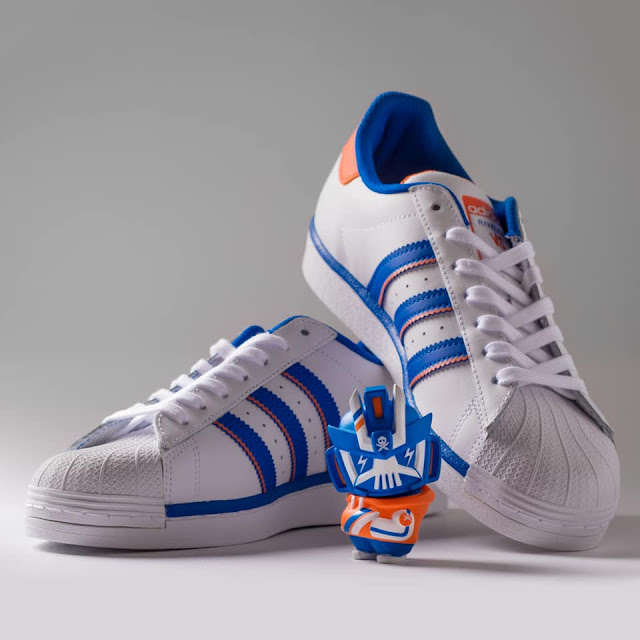 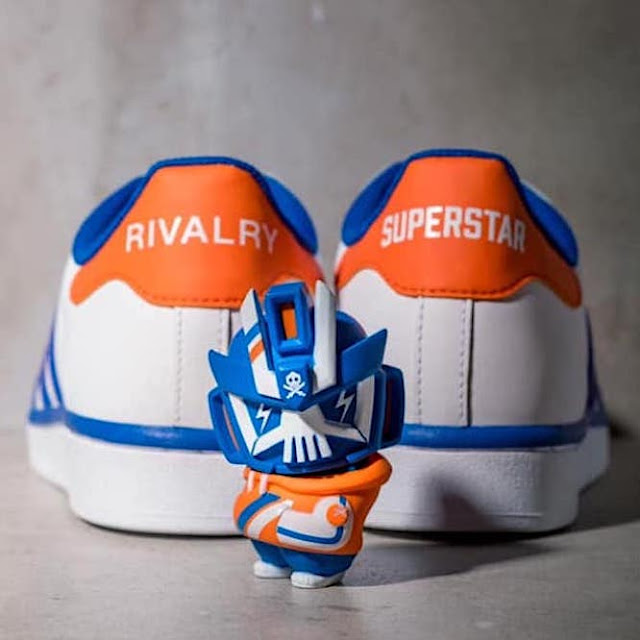 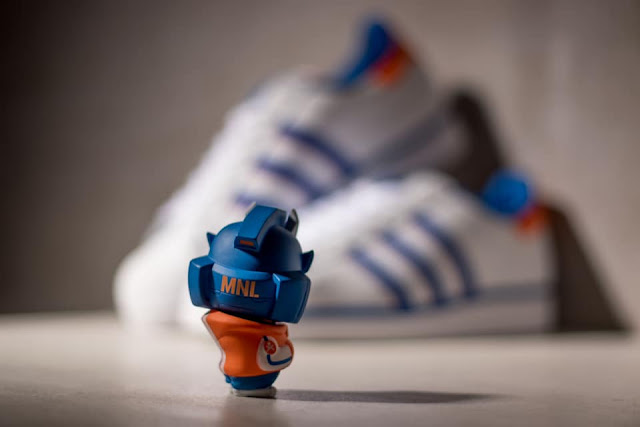 TWO color ways of the 3-inch tall vinyl toy to be had, inspired by the OG colorways of the iconic adidas Superstar. The Orange and Blue, joins the Black on White colorways - and will come housed in their own window-box (images via Christian Cheng), along with the sneakers! That box design alone is...!

FYI: This will also be the launch of the new SUPERSTAR LACELESS in the foundational white and black colorways. 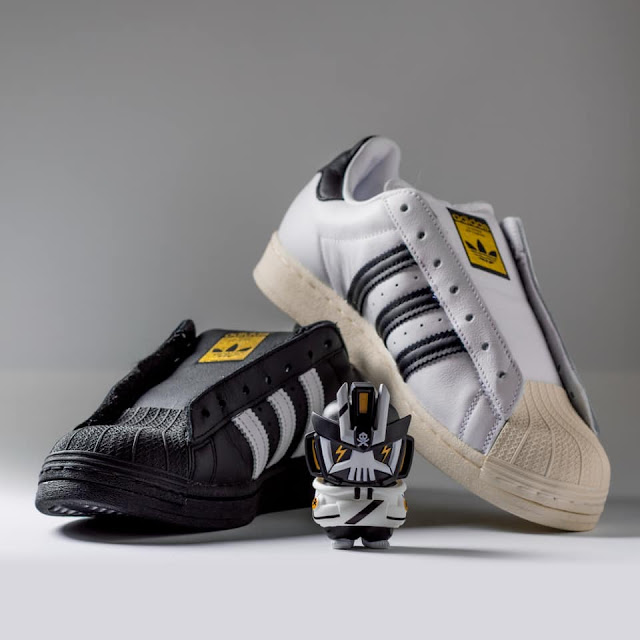 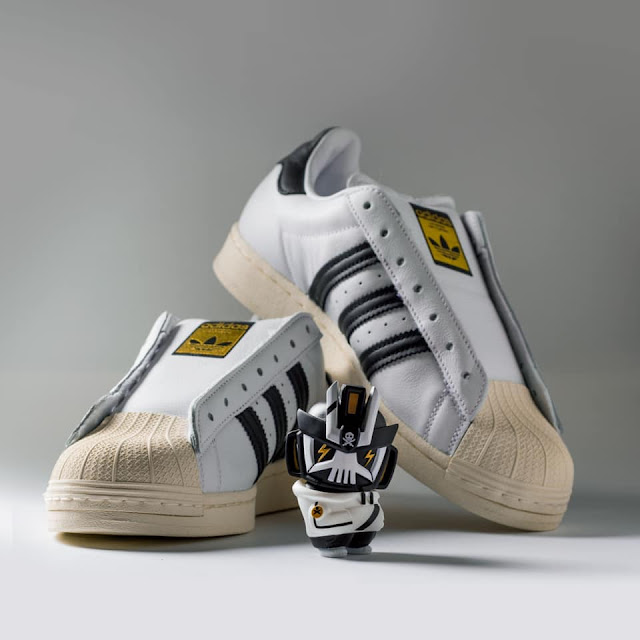 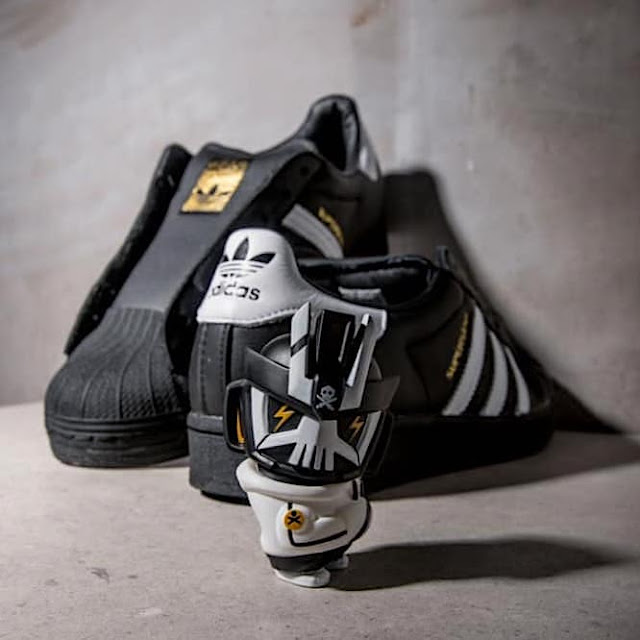 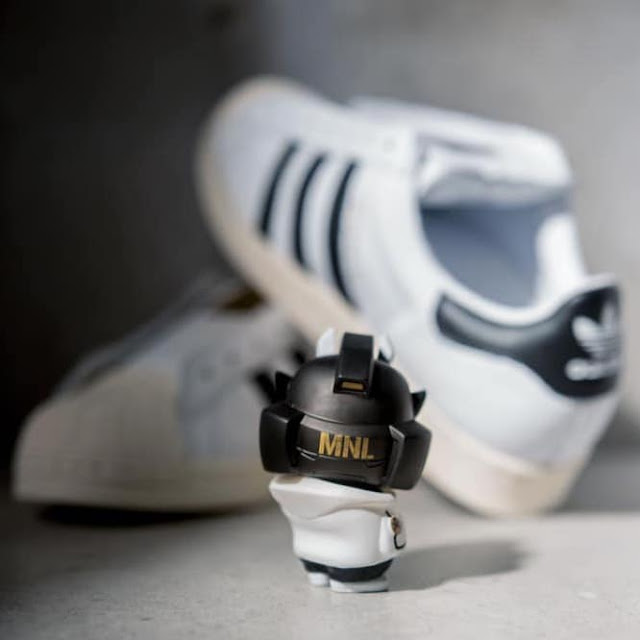 This limited release is the first of its kind, celebrating the sneaker’s 50th Anniversary. Releasing February 13th in Sole Academy BGC, NBHD Bonifacio High Street, and NBHD Ayala Bay - yes, this will be a Manila-only EXCLUSIVE drop, which @quiccs mentioned, "Paying homage to my motherland, and as the first Filipino to be a Creator for @adidas..." 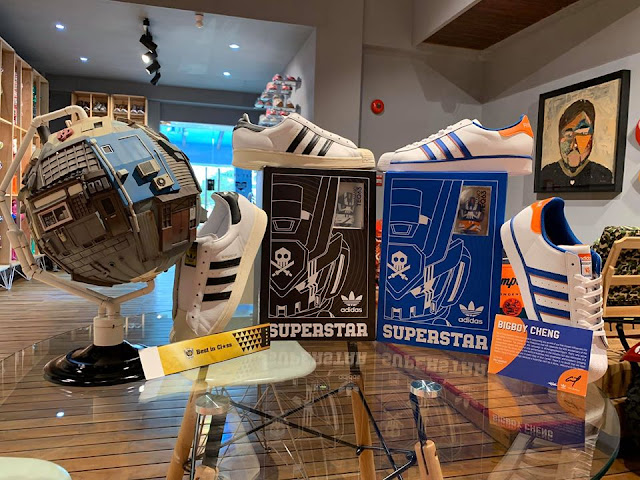 Neither quantity nor pricing has been revealed as yet, and no word from @deviltoysltd if the NanoTEQs will be released separately (if at all?!) ... so maybe it's time to sort out your mules, stat! 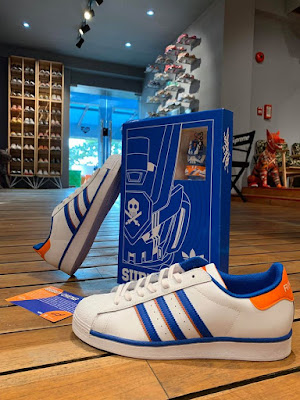 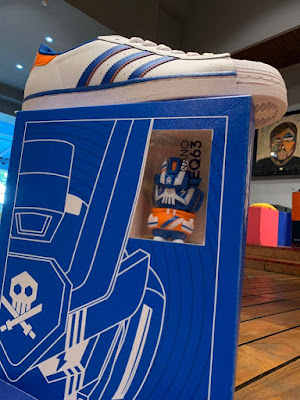 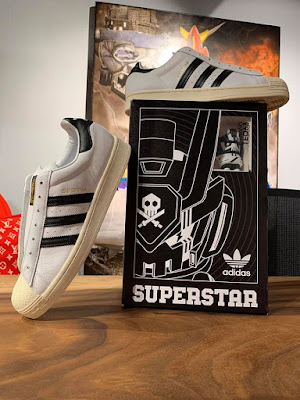 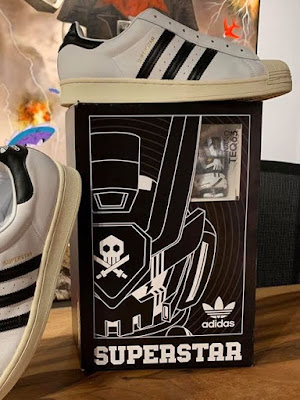 "The new look of the Superstar is inspired by Run DMC with the design elements remaining true to its roots via THREE STRIPES BRANDING, the CLASSIC GOLD LOGO, and the iconic SHELL TOE.

The laceless look is supported by an elastic band implemented on the interior part of the shoe to ensure that the sneakers remain on your feet.

The pair comes with extra laces as another option to wear these classic adidas sneakers." (@quiccs) 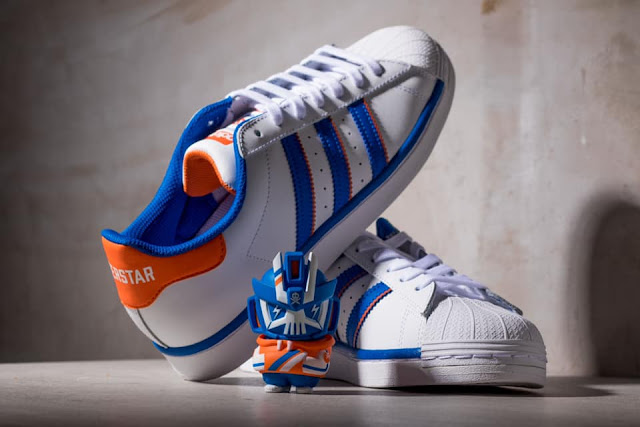 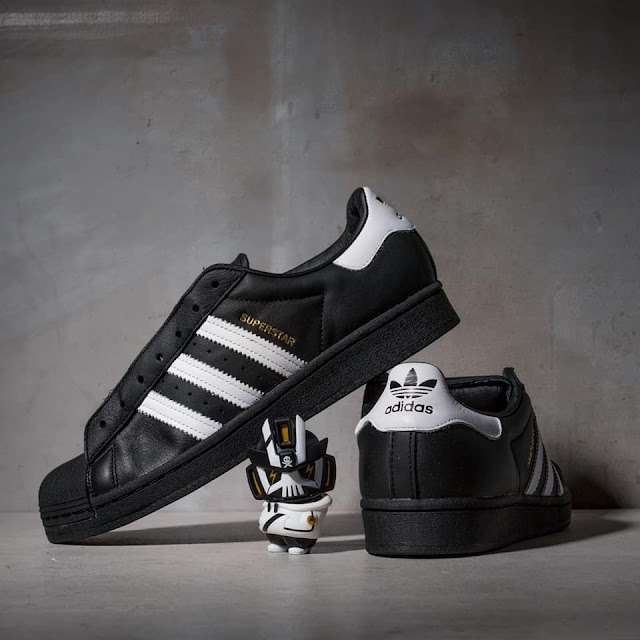 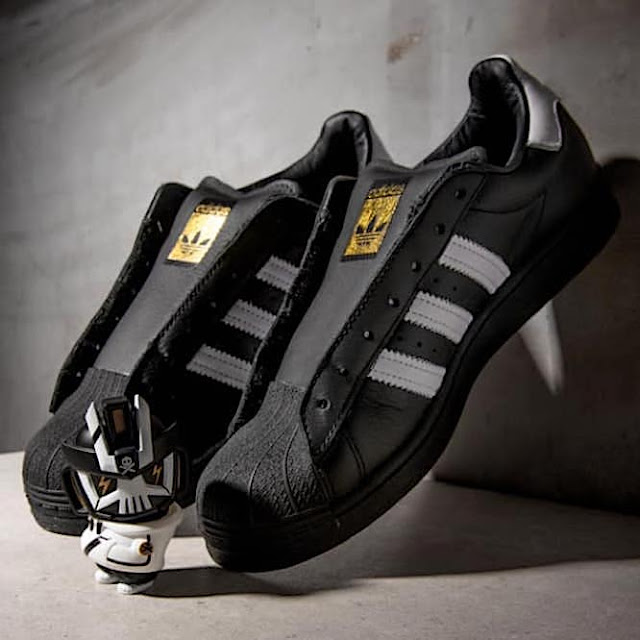