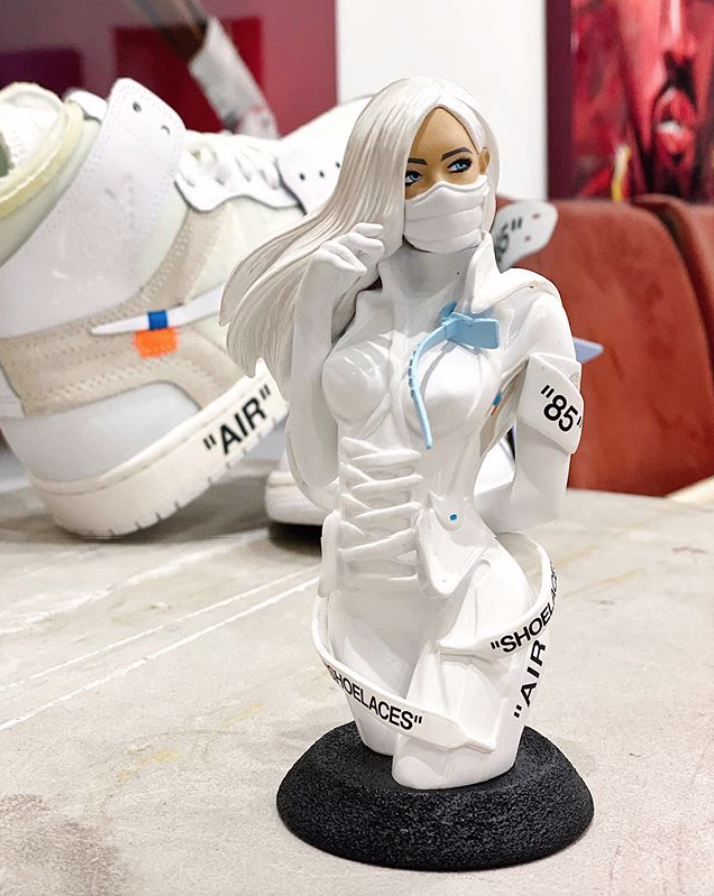 A brand new colorway of Reina Koyano's "OW GIRL" is releasing next, with this white-colorway "EU" Edition in a run of 150pcs, each priced at US$120. Online release on 3DRetro.com starts 12pm (PST) on February 15th, while a "Release & Signing w/ Reina Koyano" event is slated for 3pm to 7pm at 3D Retro itself (1851 S Victory Blvd, Glendale CA 90201), with releasing coming in with a matching print (in-store only) - signed & numbered, edition of 30 - to be priced at US$150 per set. Limited 1 product each per person.

"OW" stands for "Off-White" Air Jordans, since deconstructed and illustrated by Reina Koyano, and wrapped around the SOLE FATALE female form, manifested as a sculpt by Los Angeles based Whitney Mitchell (Insta @w.m.sculpts) ... and you can CLICK HERE to view past released editions of this pre-painted resin collectible!