COCO THE ASTROCHIMP by Kendy Tan for Feb 18th Release 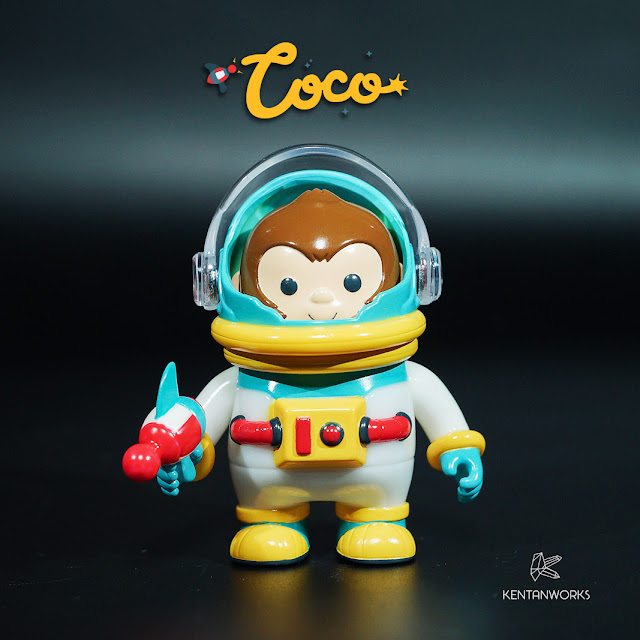 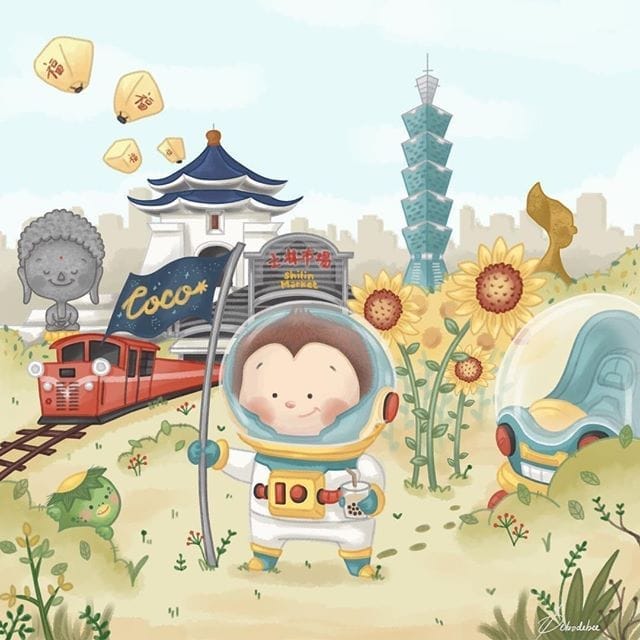 The Original Version (featured here / seen in his illustration) is limited to only 30pcs worldwide, with this character collectible standing 9cm (3.55 Inches) tall. Possessing 3 point articulations, removable helmet and visor, and a space gun (And I certainly do like me some Ray Guns!) - each space-faring cutie will be priced at US$60.00 per, and available to purchase online via www.kentanworks.com. 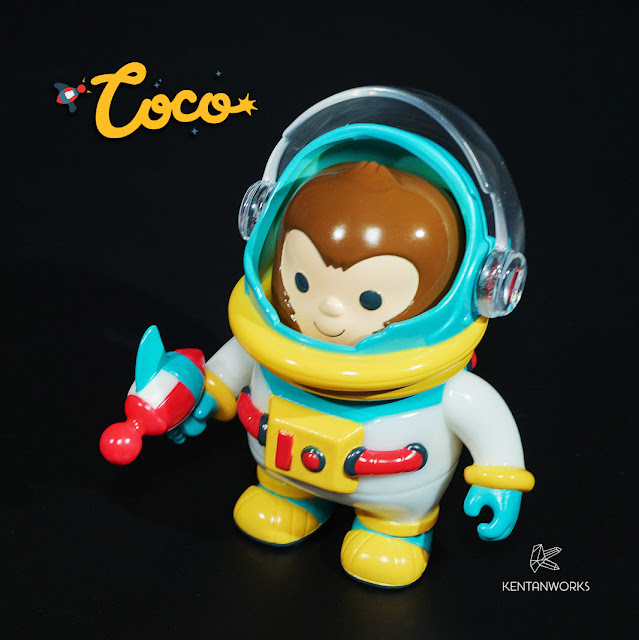 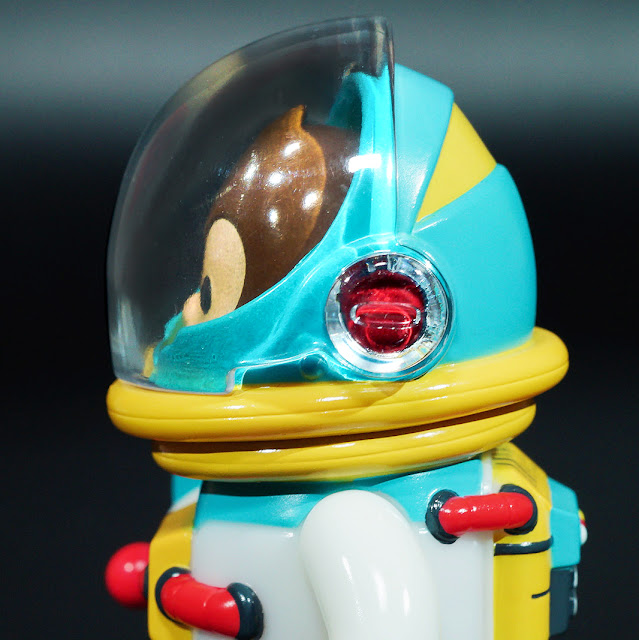 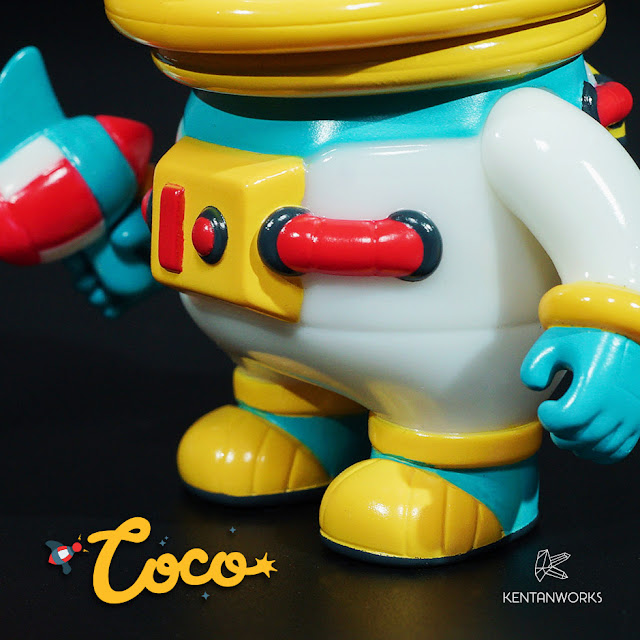 STORY: "Before human went into space, several other animals were launched into space, including numerous other primates, so that scientist could investigate the biological effects of space travel. Coco is the youngest offspring from Ham and Minnie. Both are one of the earliest primates ever launch to space. Now he has mission to find a new habitable planet, but his spaceship was crashed by big meteoroid and he lost signal to the earth. He met lot of new friends from other planets during his adventure back to home. Coco is smart, energetic, helpful and like to meet new friends" 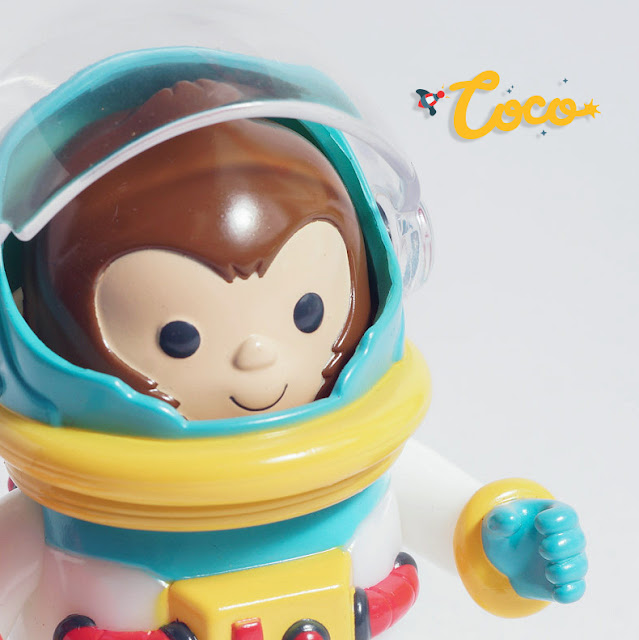